The Finnish history of the 20th century is not so simple. Transformation of the standards at that time has played a huge role in the culture and style of the Finnish people. 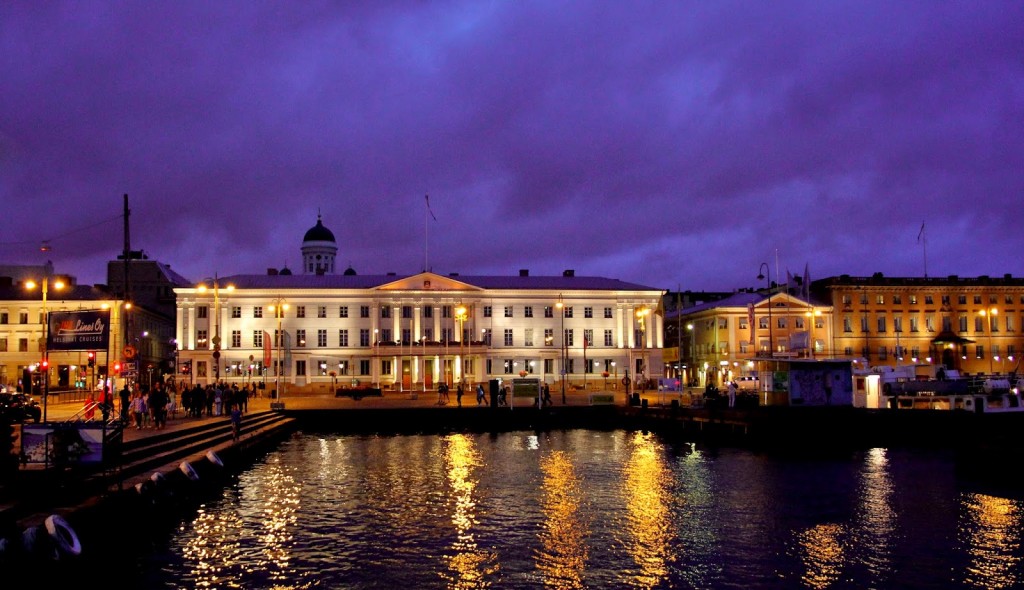 In towns, make-up was no longer considered as frivolous as it had been before. Painting your lips and powdering your nose – even in public places – was positively fashionable. Women found their role models in the great stars of the silver screen. The sales and promotion of cosmetic grew. Shops offered both Max Factor and Elizabeth Arden cosmetics and Eau de Cologne 4711. Coco Chanel`s perfume Chanel No. 5 had been on the market since the begining of the 1920s. The next decade saw the pursuit of Hollywood ideas accelerate, and colour combinations got wilder. Finger-nails were painted black, lips orange and eyelids green (so natural for our time). Beauty queens and film stars have had a huge impact on the modern concept of woman and what women wear. Finnish beauty contests have been organized regularly since 1931. Perfumes and foreign beauty care products were not yet well-known in rural areas or among the working population in the 1920s and 30s. Still, more and more attention than before was paid to cleanliness and health. The importance of cleanliness was emphasised at school, but also in the papers and campaigns by various organisations. 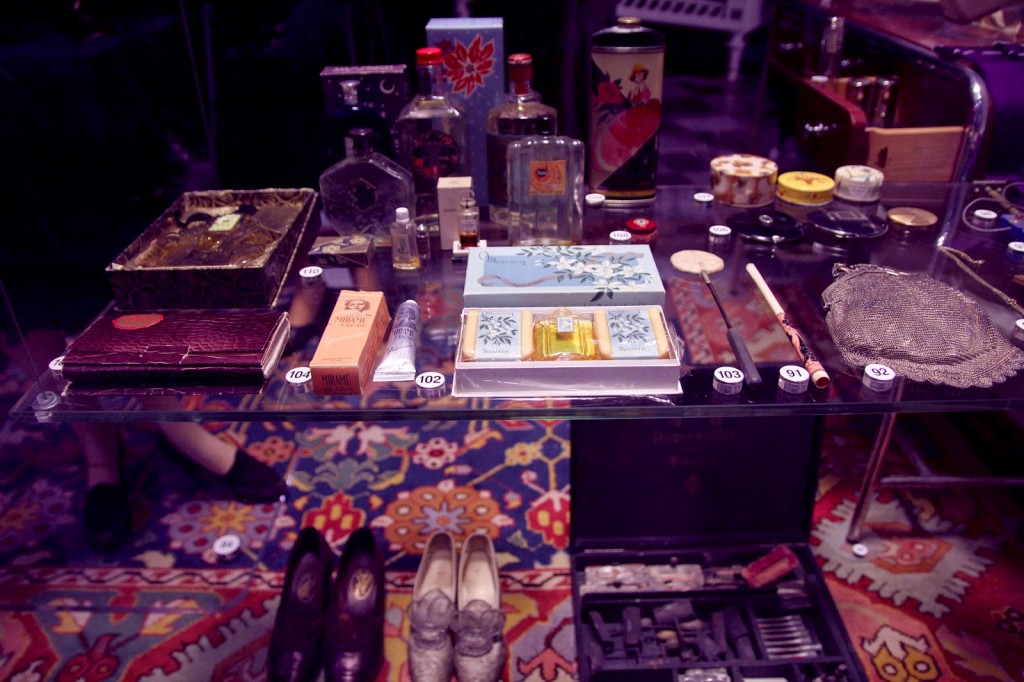 While the quality of individual handiwork was still largely trusted, ready-made clothes were bought for everyday use by more and more people. At the Great Fair of 1955, the department of VATEVA (the Federation of Finnish Clothing and Textile Industries) offered an unprecedented range of clothing for men, women and children. By the late 1960s, the popularity of ready-made clothes meant trouble for fashion salons and seamstresses. Many businesses followed in Marimekko`s foot-steps and used trained designers. Design thinking emerged in the garment industry. The memories of fashion from this period are dominated by the colours used and the shortness of skirts. To Finns, the mini skirt was both appealing and shocking. Clothes of domestic manufacture were available for people of any age. 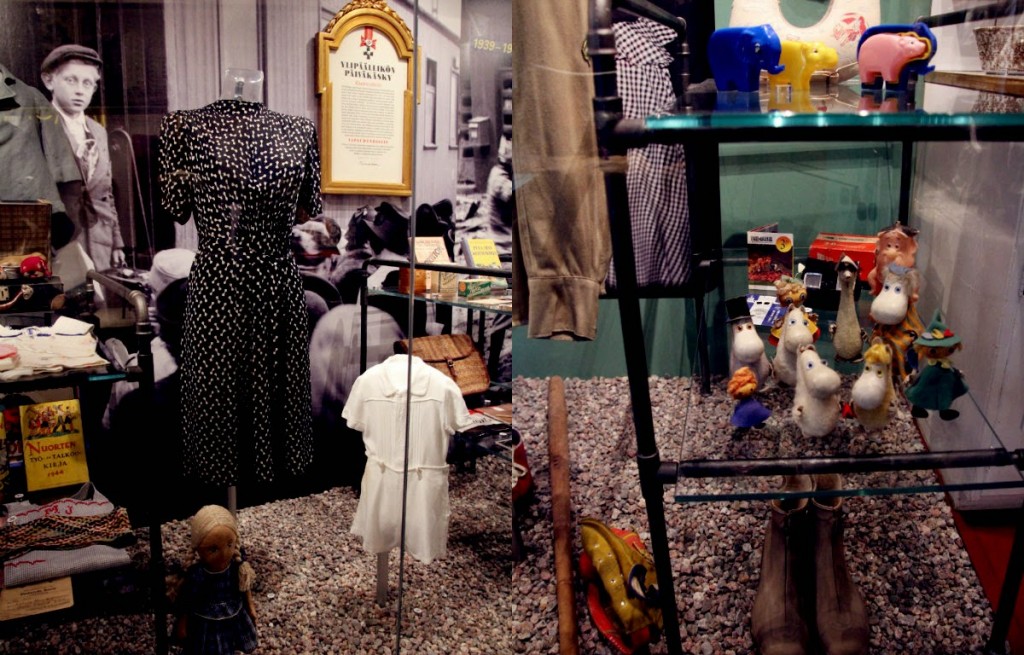 Independent, design-driven business got off to a good start in 1951, when Armi Ratia established Marimekko to boost the demand for printed fabrics produced by Printex, the company of her husband Viljo Ratia. She hired young, experimental designers such as Maija Isola, Vuokko Nurmesniemi and Annika Rimala. 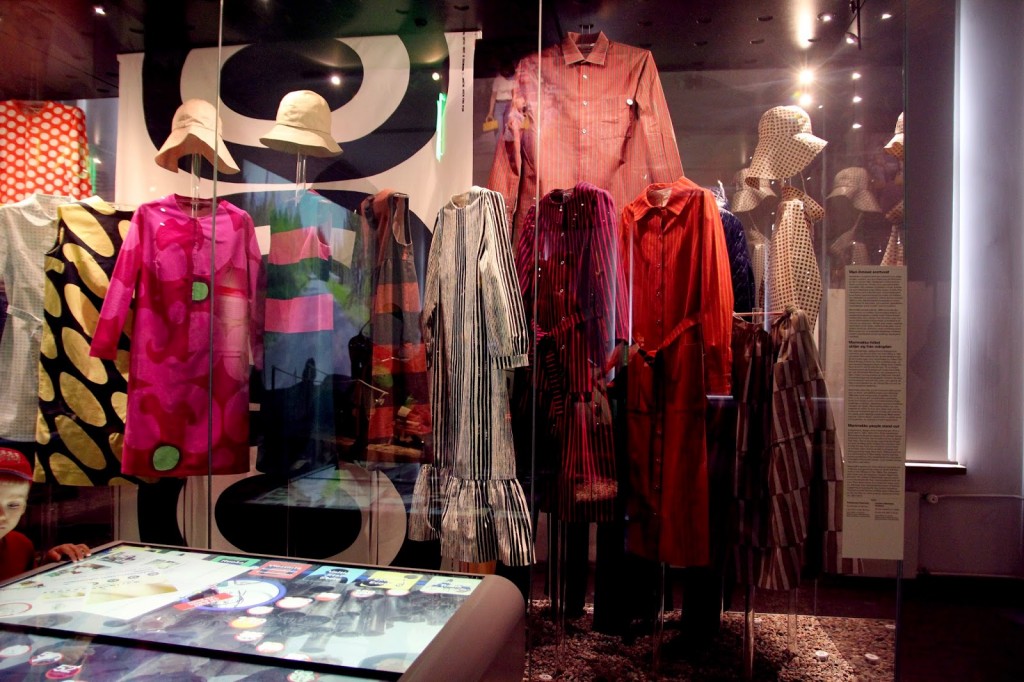 First, the company concentrated on printed cotton fabrics as well as dresses and other garments made from them. Patterns and colour combinations of Marimekko fabrics had that certain something. They established the reputation of straight all-purpose jackets, multi-pocket clothes and other such items. Vuokko Nurmesniemi had already made a name for herself when working for Marimekko. In 1964 she established Vuokko: a company whose simplified design fashions, sticking to the patterns of the fabric, found an audience of their own. 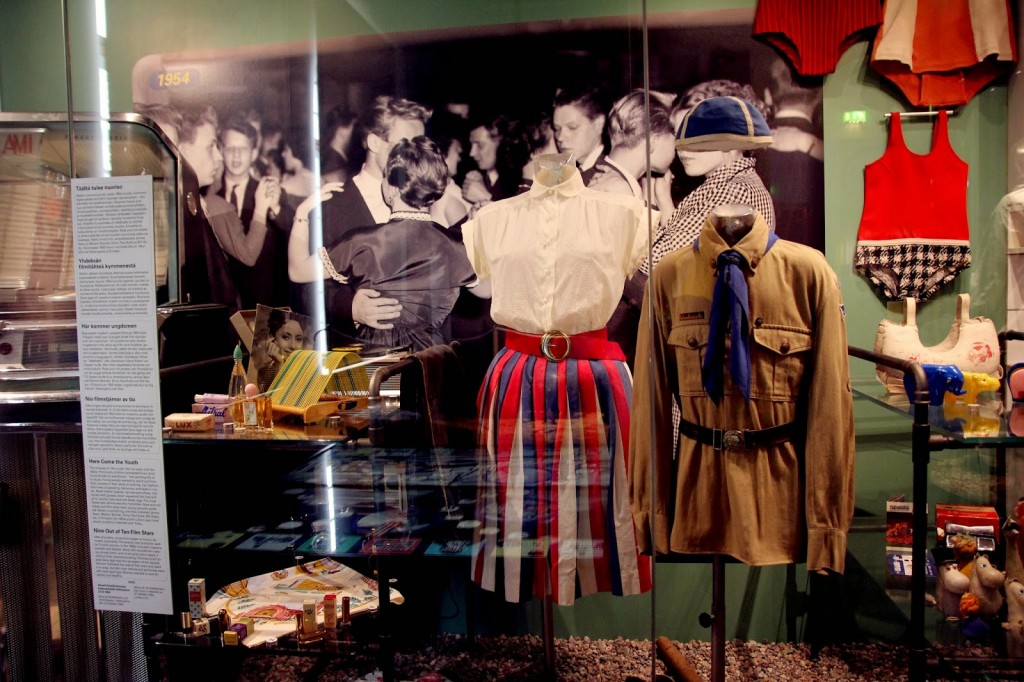 Marimekko became an international manufacturer of fabrics and garments, many of which left their mark on the lifestyle of the 1960s. The company also broke into the American market. Right from the start, the clothes of Marimekko people stood out in the street with their strong patterns and colours. They were not by any means for every woman, although they decorated the covers of fashion magazines and gradually also festive occasions. The bold printed fabrics of Maija Isola, influenced by Op and Pop art, were popular elements of interior decoration. 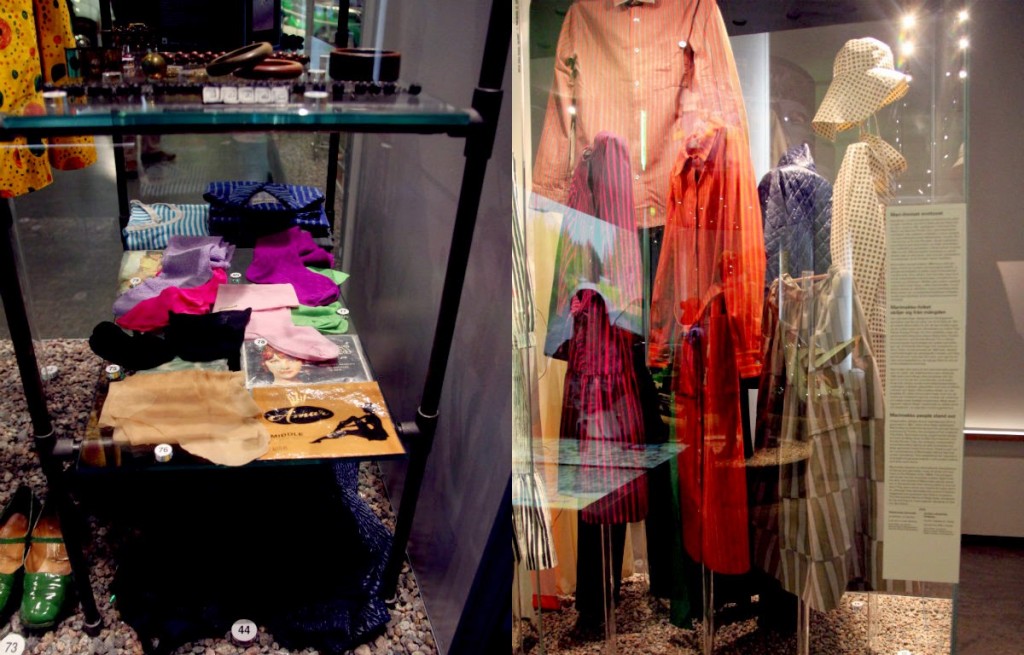 The Finns love second-hand stores, vintage shops and flea markets. Almost anywhere in the city you can find shops of this kind. Flea markets and second-hand just teem with people who are interested. In Helsinki, there is a special area in the city center, filled with shops and stalls abounding retro and vintage items. If you have a particular flair and patience, you can find truly extraordinary things. 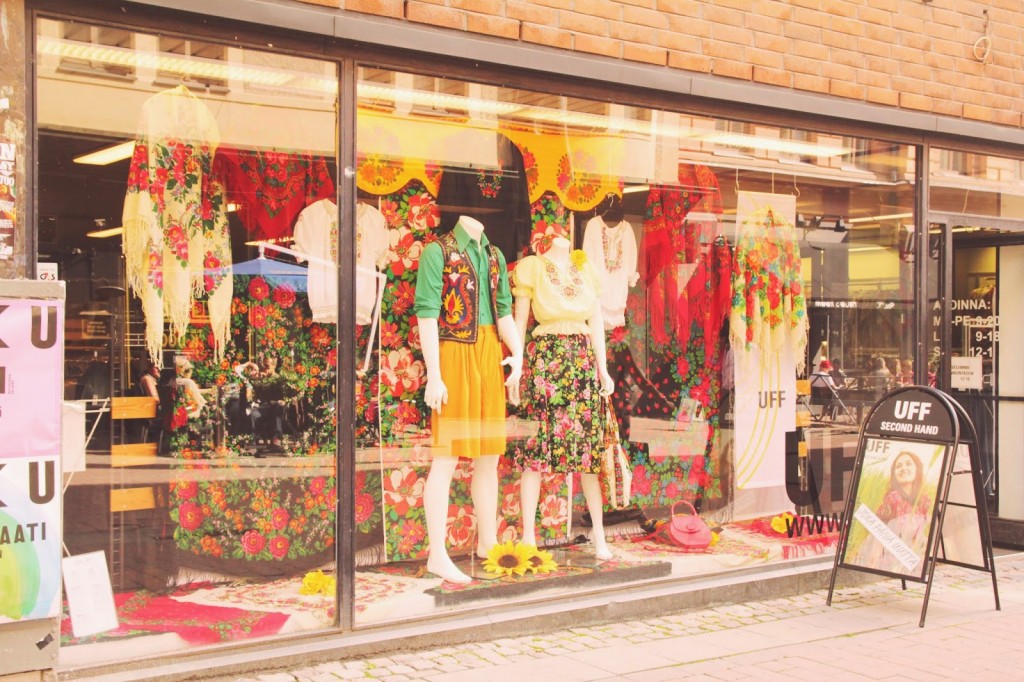 Totally unpredictable weather and absolutely the same people. I was always interested in what kind of weather you can wear the autumn boots, t-shirt, shorts and a fur vest. Cheers! The truth was revealed to me in Helsinki, disgusting cold wind and the bright summer sun, the kingdom of draughts and rain. The weather – freak has spawned other freaks dressed in chiffon skirts, leather tops and UGGs. All this is covered with dreadlocks and fur vests the most unimaginable colors. Despite the unusual nature and not always relevant brightness all of the people dress stylishly beginning from pensioners and finishing school children. Scandinavian blonde kids running around the streets with fashionable hats and tweed suits, and elderly women in Chanel ride in elegant cabriolets. These people do not follow the fashion, they embody it. 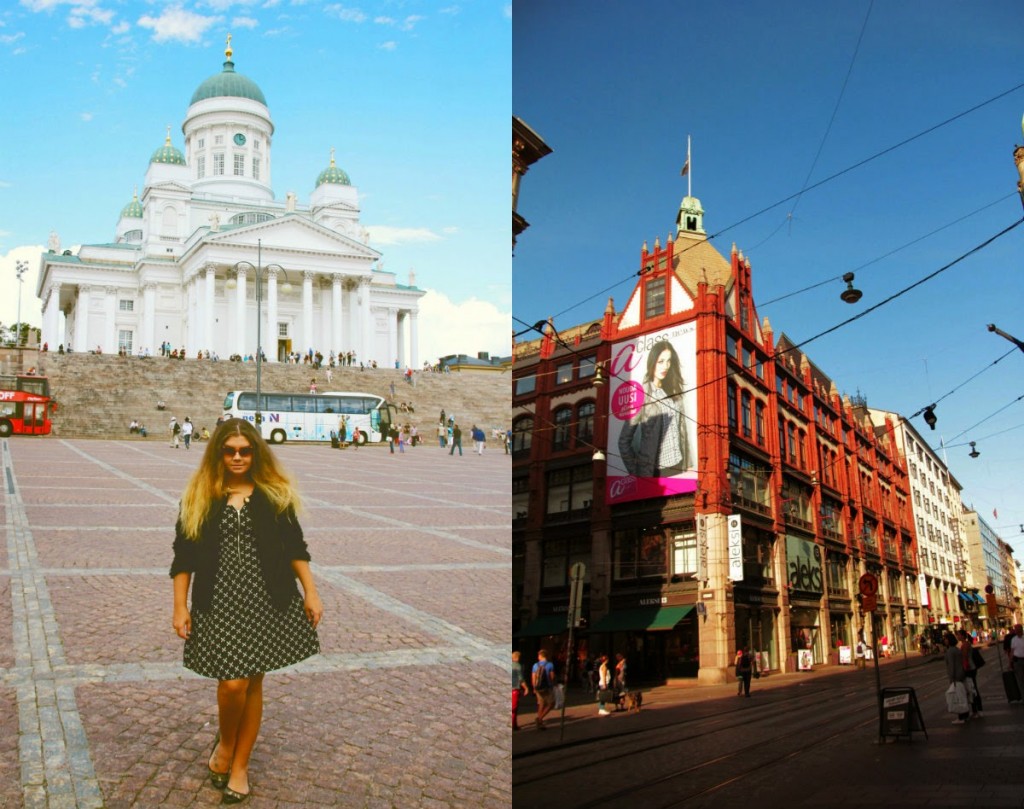 Why you should learn architecture to be stylish