Tbilisi has always been Caucasian Paris. Georgian ladies are believed to have their own unique and exquisite style. Even at the times of the Soviet Union, when every type of access to European and American magazines was forbidden, the women of Georgia managed to look nice and up-to-date. These are widely-known facts in the area of Mideast. However, not everyone outside of the Middle East knows about this little but fascinating place. Currently, we can trace a tendency of increasing tourist flow. Moreover, there is a big hype around Georgian designers and Tbilisi Fashion Week. For instance, George Keburia’s matrix sunglasses just blew up the fashion world, Mach&Mach -two sisters duet – is now Katy Perry’s favorite brand. Among their customers are also Elsa Hosk and Gigi Hadid. ANOUKI by Anouki Areshidze is presented at Paris Fashion Week and you can buy company’s clothing at Moda Operandi, Shopbop, Farfetch and etc. So, how did this unknown country become one of the most wanted spots on the map, especially for the fashion lovers? 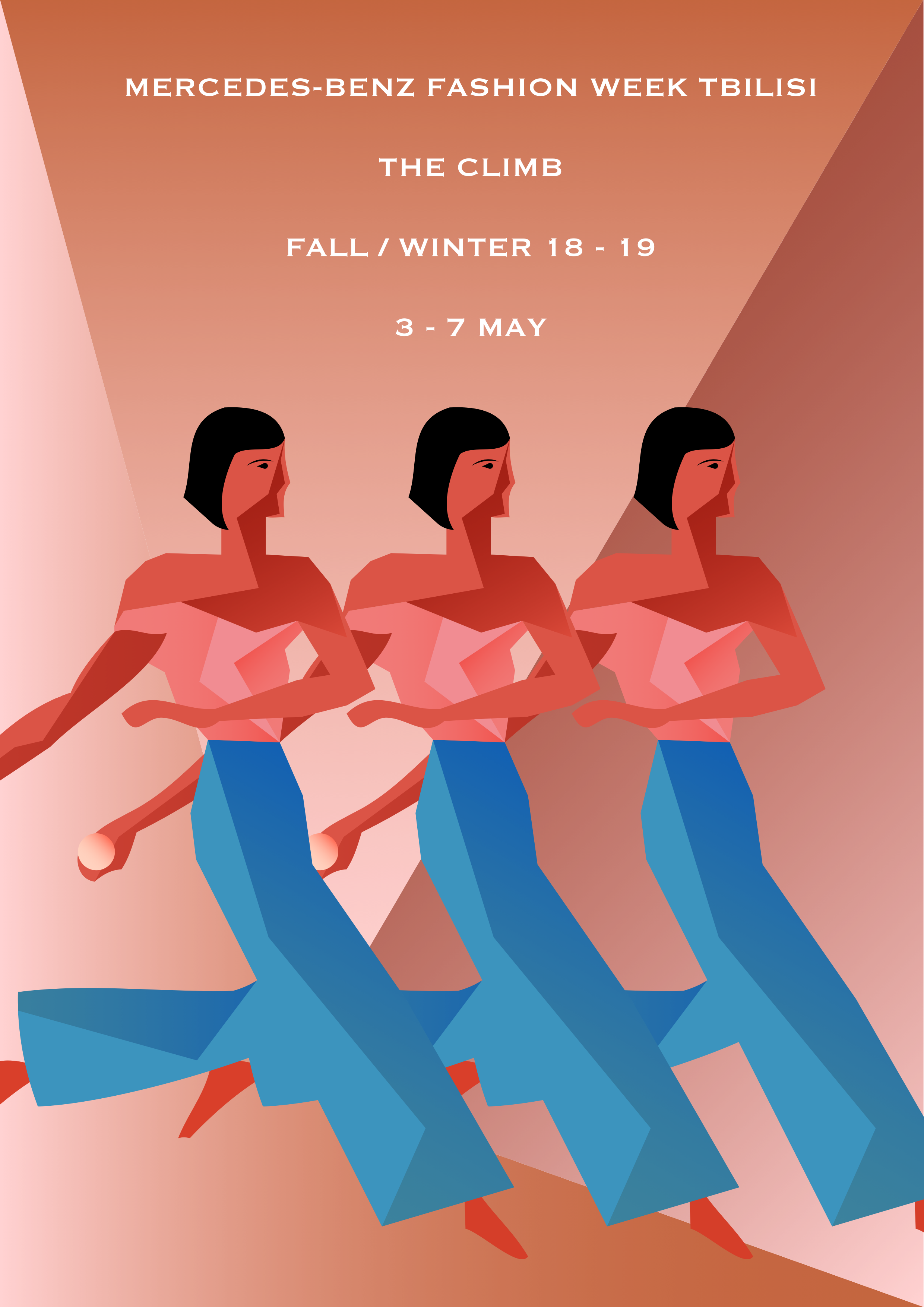 Georgia’s picturesque mountain views, rich history and elaborated national ornaments are a great source of inspiration. Besides that, Georgia’s capital provides the locals with strong background in design at Tbilisi State Art Academy. Despite of all the Georgian glory, there is also an opposite side full of flaws. One of them is a financing strategy. Many little countries suffer from poor funding of cultural events and social life of citizens. Georgia was not an exception till 2015. The situation became worse in 2008 after the so-called Russian-Georgian Conflict (a 5-day war resulted in Abkhazia and South Ossetia separation from Georgia and becoming independent republics). No one had a hope that Georgia will recover after what happened, indeed, rapid economic decline which affected all the spheres of life followed the war. However, little countries have few benefits: people leave their motherlands in search for a better life and sometimes come back with more power, collect positive foreign experience in order to establish interesting projects in the place of their birth. So, did Sofia Tchkonia – Founder and Creative Director of Mercedes-Benz Fashion Week Tbilisi and BE NEXT (the local design contest). Living in Paris,France and having many friends from artistic circle she wanted to contribute something to her motherland. In one of her interviews Sofia said that fashion in Georgia was an absurd even though this term has been existing for a long time. There were only two fashion weeks in Georgia: Tbilisi Fashion Week и Georgian Fashion Week before the MBFW Tbilisi. In 2015 Tchkonia started a new era in the history of Georgian fashion, and here is the time when the most influential figures started noticing this tiny piece of land. Among the guest-list we can notice Bryan Boy (famous fashion bloger), Yu Masui (also a fashion blogger), Adam Katz-Sinding (photographer for W magazine and Vogue), Acielle Tambetova (photographer for Vogue USA), Dvora Shomer (Vogue Britain photographer), Søren Jepsen (The Locals contributor), Adriano Cisiani (WhatAstreet contributor). You can see the top: different editions of Vogue, Marie-Claire, ELLE, L’officiel, W, Hypebeast and Highsnobiety also write about MBFW Tbilisi. This resulted only after 3 years of the hard work. According to Sofia, this decision was not accomplished correctly, additionally it required a big investment. Nobody wanted to come at the beginning. All the expenses for the press, blogers and buyer’s arrival Sofia took on herself. Tchkonia says that the designers helped her to take this project to the top of its blossom: ‘They made something new, not like anything they had shown previously’. This made Georgian fashion industry grow with geometric progression and attract more investment. For example, currently one of the official partners is the Ministry of Culture of Georgia. This strong connection between fashion and government was probably established due to Anouki Areshidze. She is not only a successful designer but also the wife of Tbilisi’s mayor. This is not a really significant fact, but no one can deny that their bond plays a huge role in the development of culture in Georgia. The fruit of this collaboration can be traced clearly: more and more companies want to hire the Georgians at places like LVMH and others (just look at Demna Gvasalia at Balenciaga fashion house), famous people like Sharon Stone, Nicki Minaj and Lady Gaga strive to wear clothes made by the Georgian designers. 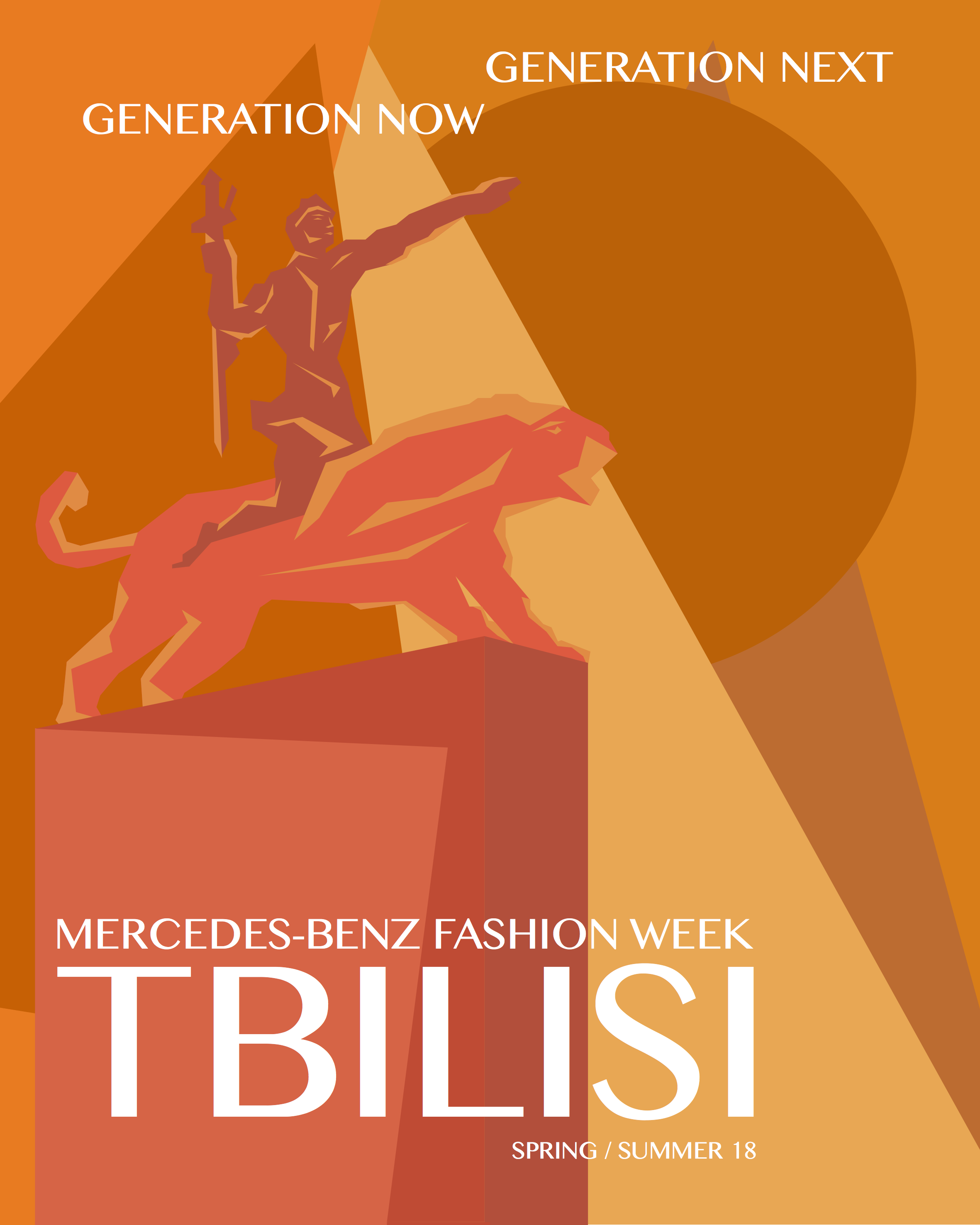 Two major events have occurred during the last season of MBFW Tbilisi: Gosha Rubchinsky arrived to Tbilisi with the Rassvet Records project; the second important thing was the announcement of Georgia’s participation at Pitti Uomo in June. Moreover, at Tbilisi’s Bassiani night club a fashion history was recorded: Gosha’s public talk was the first talk after the news about his brand’s closure, and he told about the end of “Russian” era in fashion and his future plans.

Adam Katz-Sinding says that Tbilisi has changed a lot since his first arrival, the city flourishes with each year: “At that time there was no Lolita (Tbilisi’s restaurant – ed.), no Stamba, Rooms Hotel was the only Oasis and look now. The NY Times states that Rooms in Kazbegi has one of the most beautiful views in the world. Who would have thought that this unknown piece of land has so much potential?” The key to Georgia’s prosper is not only in cohesive work and support from the government, but also in their readiness to promote every single talented Georgian. For instance, the author of posters SS’18, FW’18/19 for MBFW Tbilisi is a 19 years old teenager – Maho Gvilia.

Maho started as an amateur, did images “just for fun” and posted them on Instagram. People started noticing his pieces. Tchkonia also instantly reacted to the boy’s message. The work satisfied the requirements and was praised by the organization. The team liked the poster a lot, and they printed it in their magazines. Another poster by Gvilia was placed above the entrance to Tbilisi Circus – this season’s “headquarter”. The pictures which are used as posters seem sophisticated and hard to understand. The author says that his inspiration is Georgia and everyone sees what he sees. There is no concept behind. Besides Maho’s posters there were many other amazing installations made by young and talented artists. 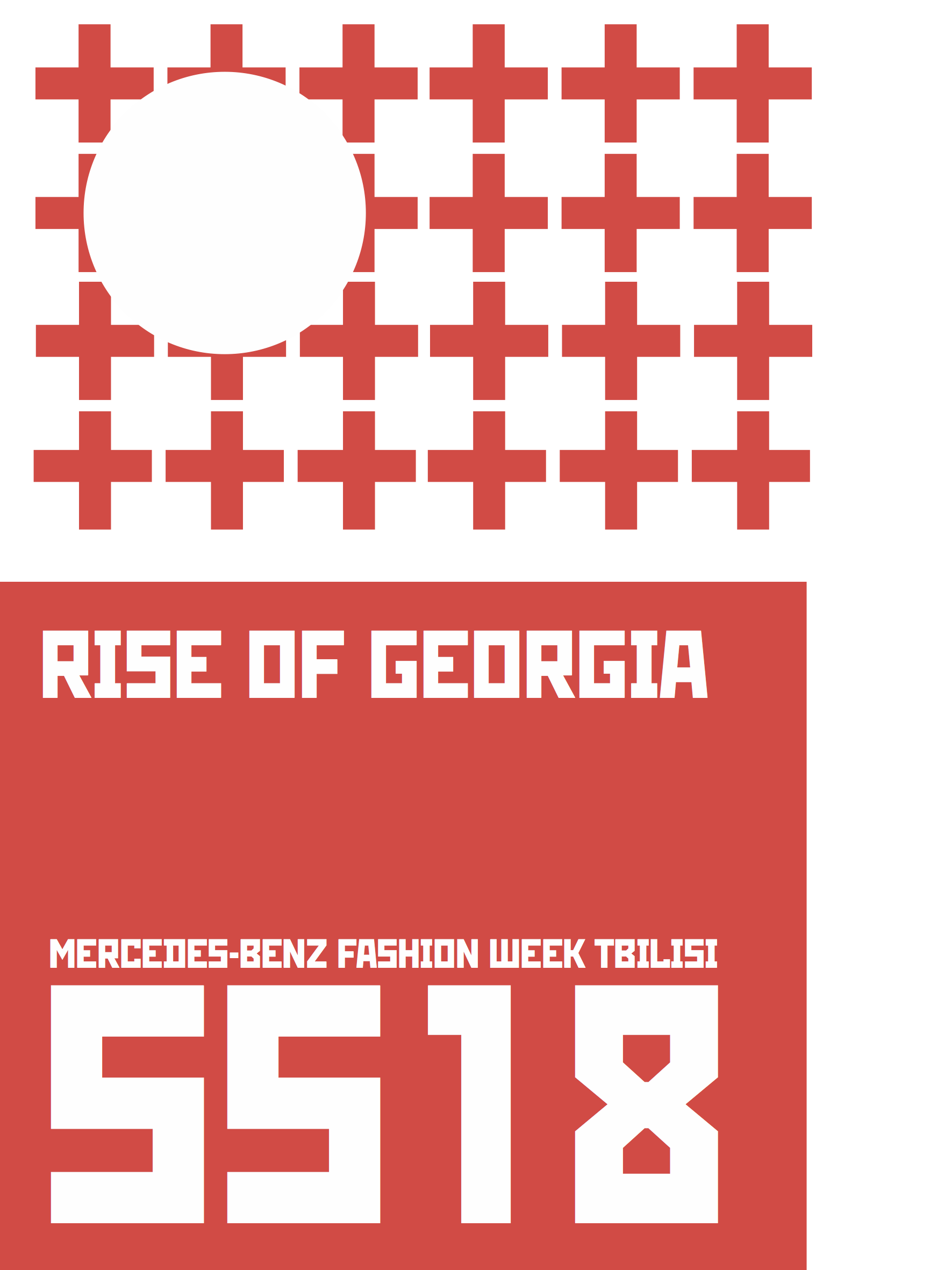 As you may notice, the whole process of establishing Mercedes-Benz Fashion Week Tbilisi and cooperating with partners seems so easy and not complicated at all. From a guest experience, all the participants keep telling that the whole fashion week feels like a holiday. Comparing to Mercedes-Benz Fashion Week Russia and Georgia you can easily trace few obvious differences. Firstly, the Caucasian hospitality. There is a big table with snacks and a variety of beverages in a free access, which will aid in powering up the tired participants, who travel from one racy Georgian district to another. Whereas Russia has a similar place available only for the VIP guests. But, it is necessary to highlight the fact that all the shows in Moscow are held in one place, plus there are many cafes near Manezh – MBFW Russia’s Headquarter. Secondly and most importantly is the weather, which affects on what people wear and how many shots the photographers can take. Tbilisi’s weather is sunny and warm, rain is rare, while Moscow greets you with cold winds and temperature below zero. In Georgia photographers work nearly all the time because it is just pleasant to bask in the sun and do the work, which you enjoy. There is no rush, everyone is willing to talk and create something in Tbilisi. This place is a new phenomenon in the world of fashion which makes you want to come back every time. Can we call Tbilisi a new capital of fashion?