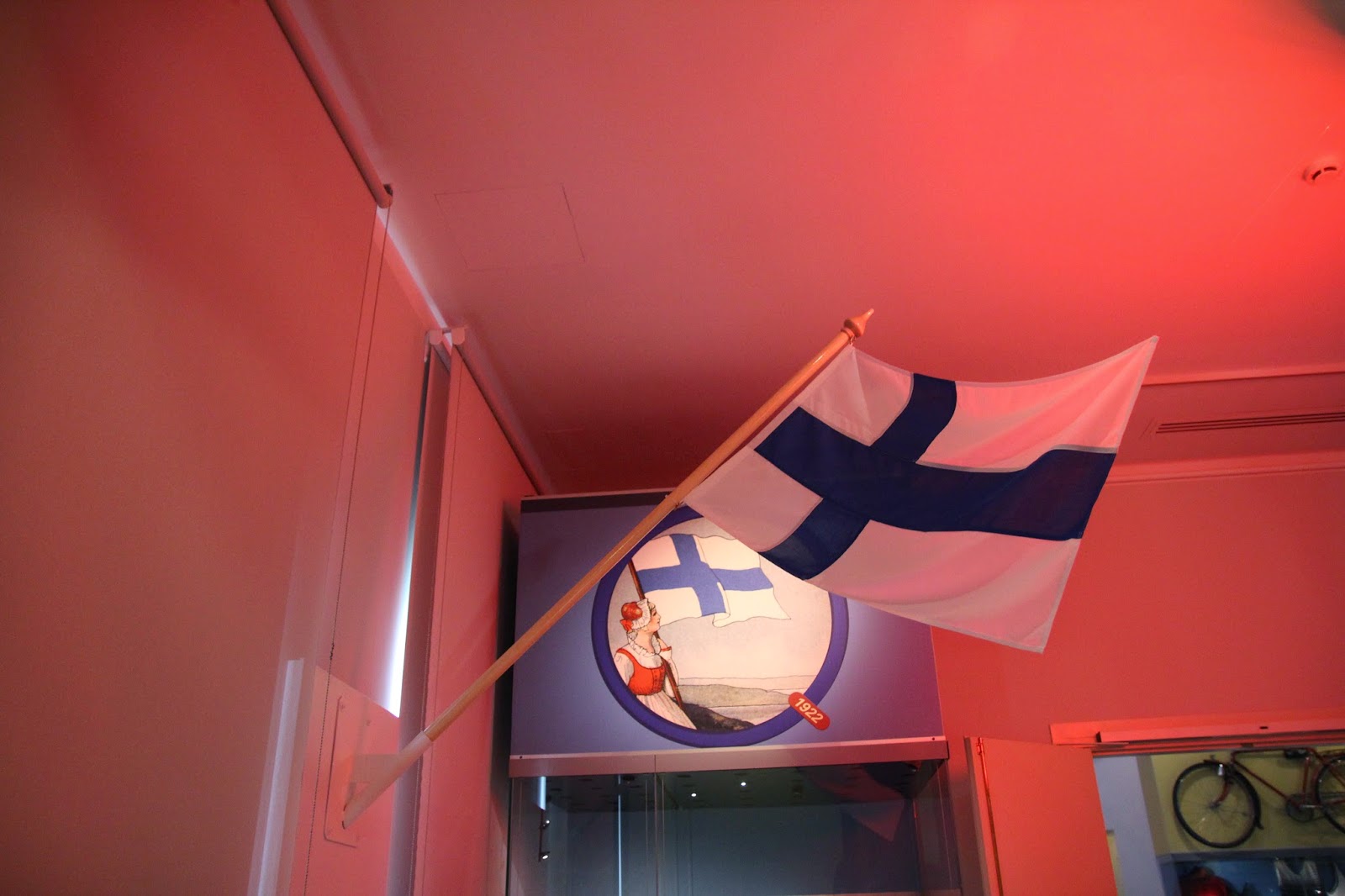 There is a wide range of exhibits in the State Museum of Finland in Helsinki. I had a pleasure of meeting an amazing history of the Finnish costume, and now I’m going to tell you about it. 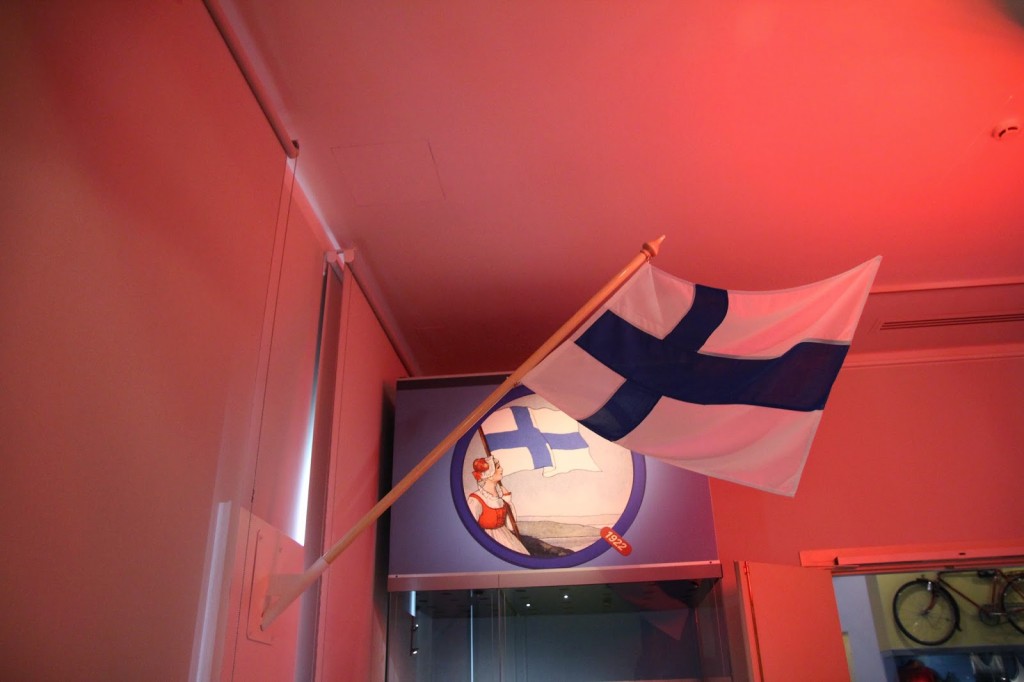 International fashion ideals arrived to Finland at an ever increasing pace through illustrated magazines and advertisements, and also via hastening traffic connections and increasing tourism. The domestic production often concentrated on modest consumer products, but in many fields, for example in fashion, an internationally comparable level was reached. The English decoration company Liberty, among others, had a boutique in Helsinki, but even so many luxury items had to be imported from abroad (the dress on the picture (1900) belonged to artist Albert Edelfelt’s spouse, baroness Anna Ellan Edelfelt, and it was bought for a visit to the world exhibition in Paris). 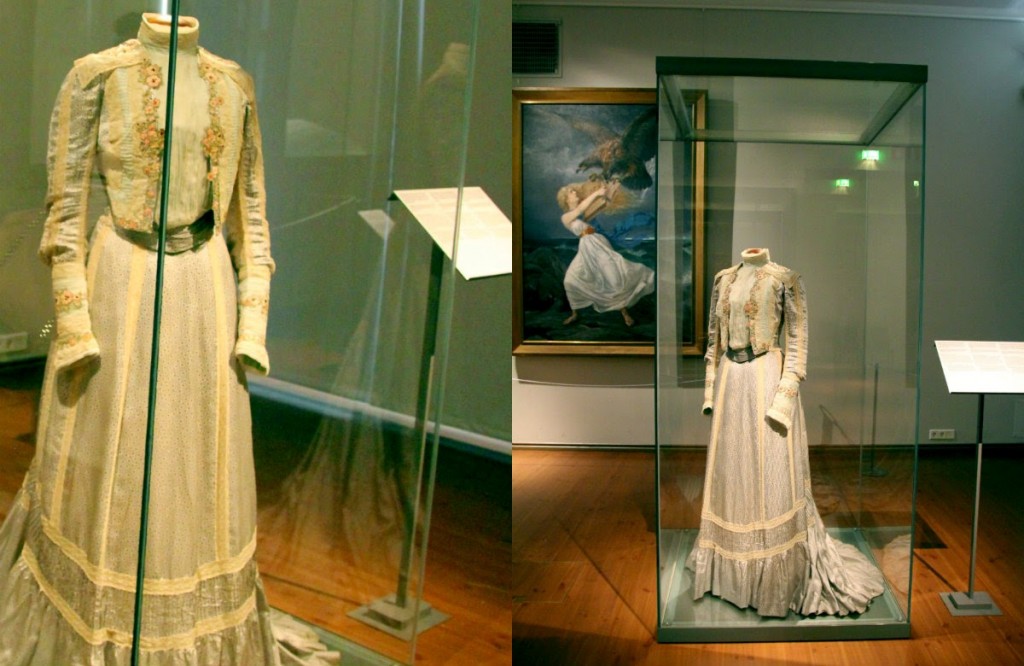 During the first half of the 19th century, the typical fabric of costumes worn by women in Northern Savo was blue-striped cotton, from which the dresses, jackets and aprons were made. A bodice was not worn under the jacket. Blue, black and grey were the colours of garment fabrics. A costume rejecting worldly opulence, silk and bright-coloured fabrics were adopted by the Pietists of Northern Savo and Ostrobothnia in the early 19th century.
The Rom woman’s costume can be regarded as a true folk costume with distinct ethnic use. During the 20th century it developed in Finland into a unique type of attire of an increasingly festive character. It has a lined velvet skirt with a part pleated at the waist. The width and material of the pleated part varied as also the material and amount of lace, sequins and pleats of the loose-sleeved jacket. The golden earrings are of a traditional design based on the Empire style earring cut out of gold plate and fitted with a drop-shaped pendant. 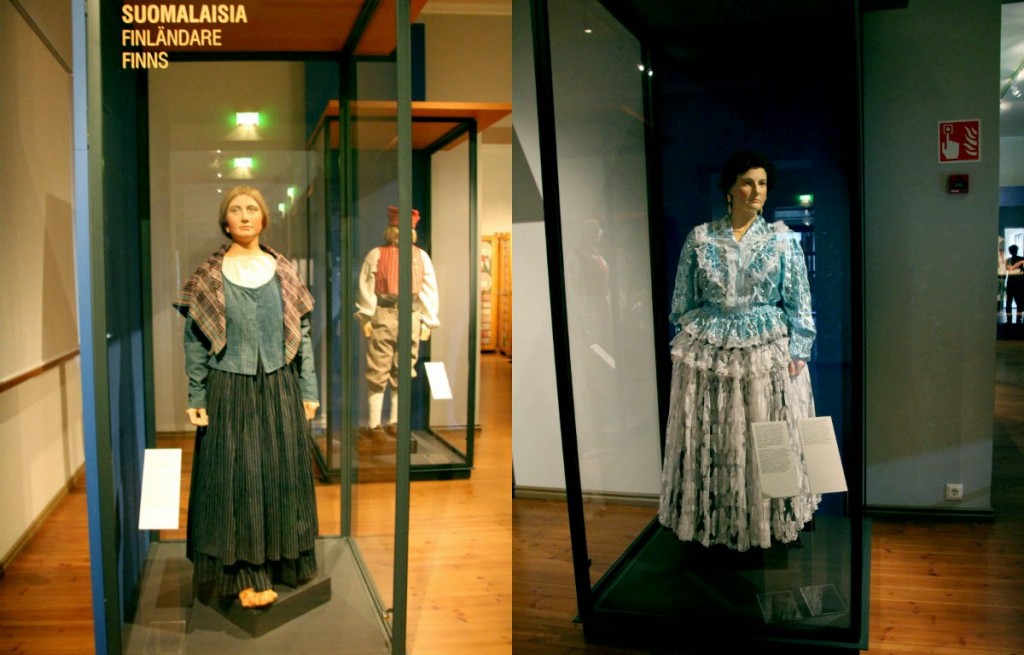 As late as the 19th century long laced bodices were still worn in the Finnish-speaking parishes in the environs of Porvoo, and the stripes of the fabrics imitated kalminki wool cloth. When going to church, Kreeta at Monninkytä in Askola would also wear a silver necklace chain with glass stones.
The headdress for Greek Orthodox wives in the southern parts of the Karelian Isthmus was the embroidered sorokka, which was worn for the first time when the woman was married. The front of the smock was decorated with an embroidered part and there were bright-coloured strips of fabric on the shoulder seams. The shoulder straps of the sarafan-type shoulder dress, dyed with bedstraw, lifted the dress under the arms. The apron was made of printed calico and was also tied above the waist. The legs were covered with socks without tips, which were of fabric in the summer and knitted in the winter. 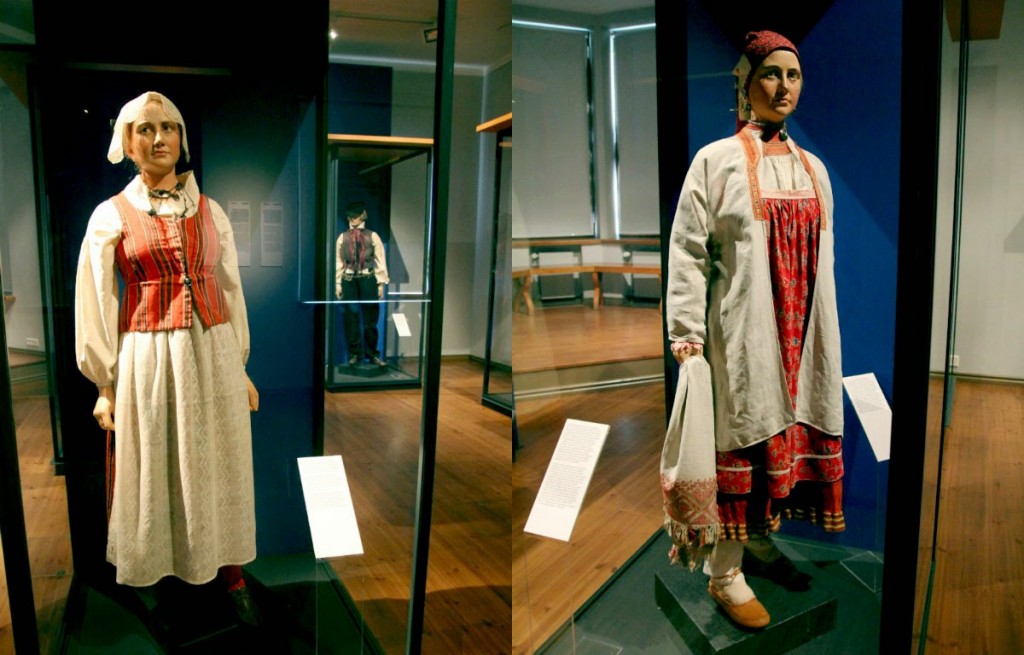 In the Swedish-speaking coastal region of Southern Ostrobothnia features of local dress survived longer than elsewhere in Finland. Dark-hued flame-spot patterned woolen fabrics were made into bodices, dresses and aprons decorated with tasselled bands. The headdress for festive occasions was an ear cap (black silken cap).
The fashionable costume with jacket was made in 1896 for Lovisa Tervala, the 21-year-old daughter of Tervala farm in Kuhmoinen. She had woven the fabric herself on a weaving course in 1893. 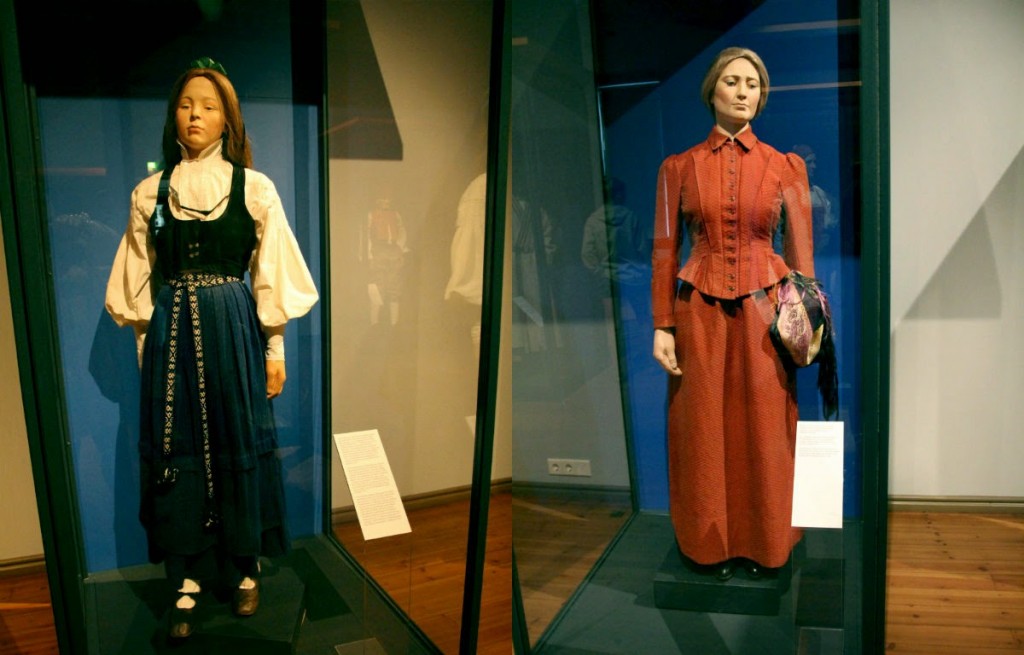 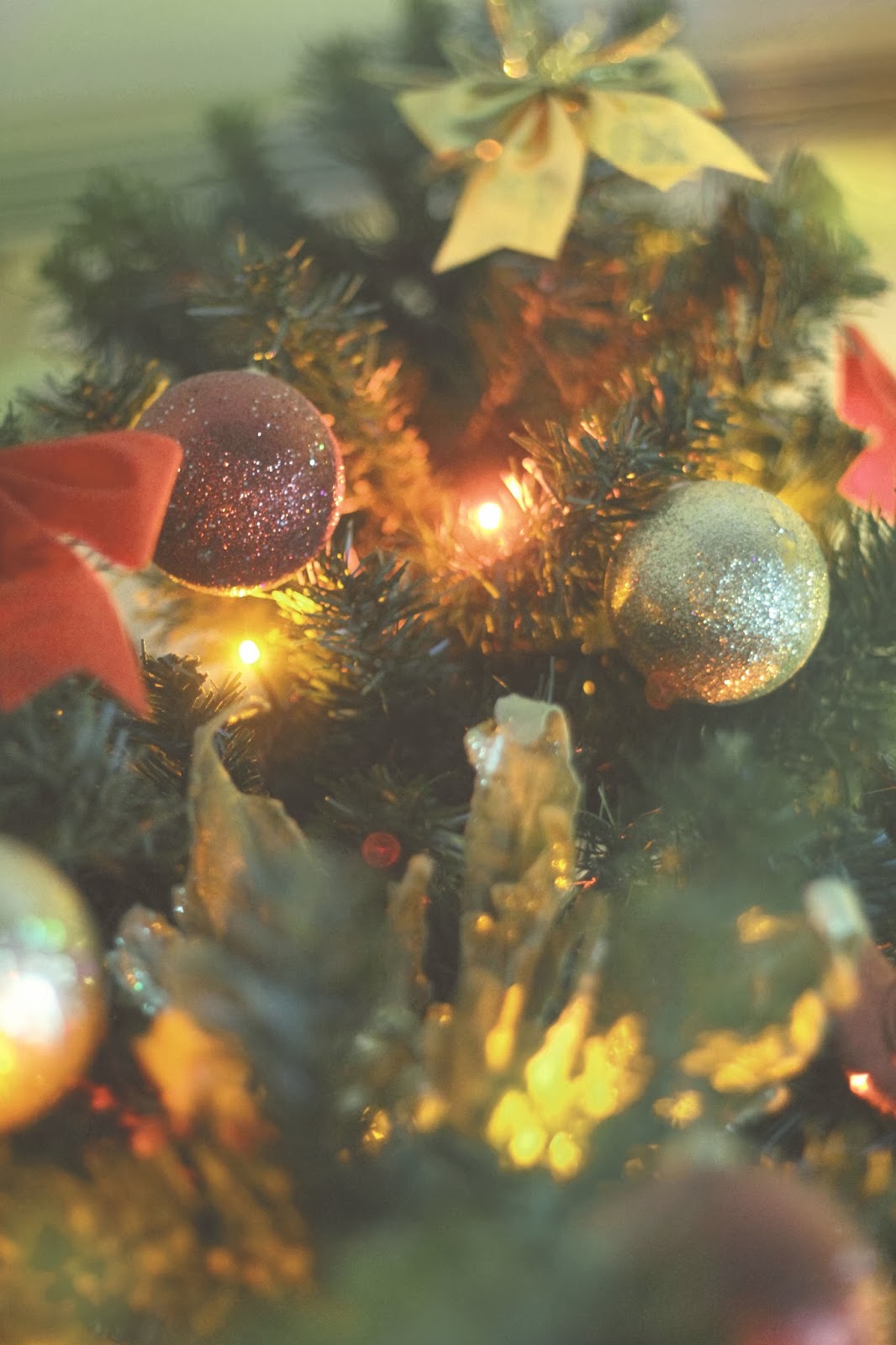 Say ‘No’ to dresses with me 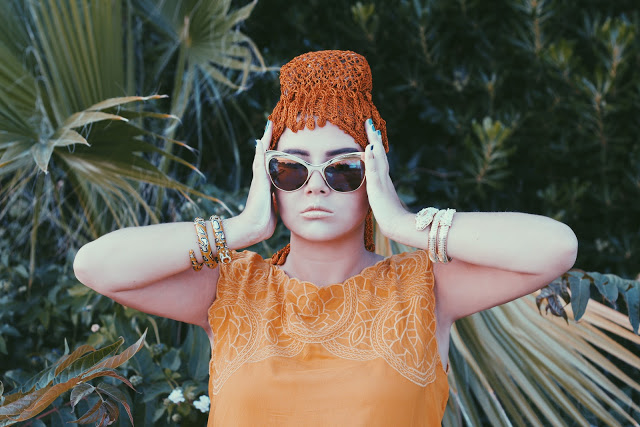 How to wear Sariki, the Cretan headscarf

PEPPERGIRL.RU: the perfect lingerie you need