“I have many shitty photos of Snoop Dogg with Bella Hadid, which probably would gain more likes, but they are not nice photos. It’s just… whatever”, – Adam says seriously. This phrase makes you reconsider the whole concept of a photographer’s job. Adam Katz Sinding is a well-known figure in the fashion industry, whose photos you can see in top magazines like W and Vogue, he is also known as Le 21ème. Recently, the world has met his book “This is not a F*cking Street Style Book”. This man values not easy money and fame but pure art. With a half-million audience, who traces the photographer’s travelling around the world for the fashion shows and the signing of his newly released book, Adam manages to stay cool and respectful to everyone. So, how did a self-made person came to the industry and made his way to the top, where he dictates his own rules? 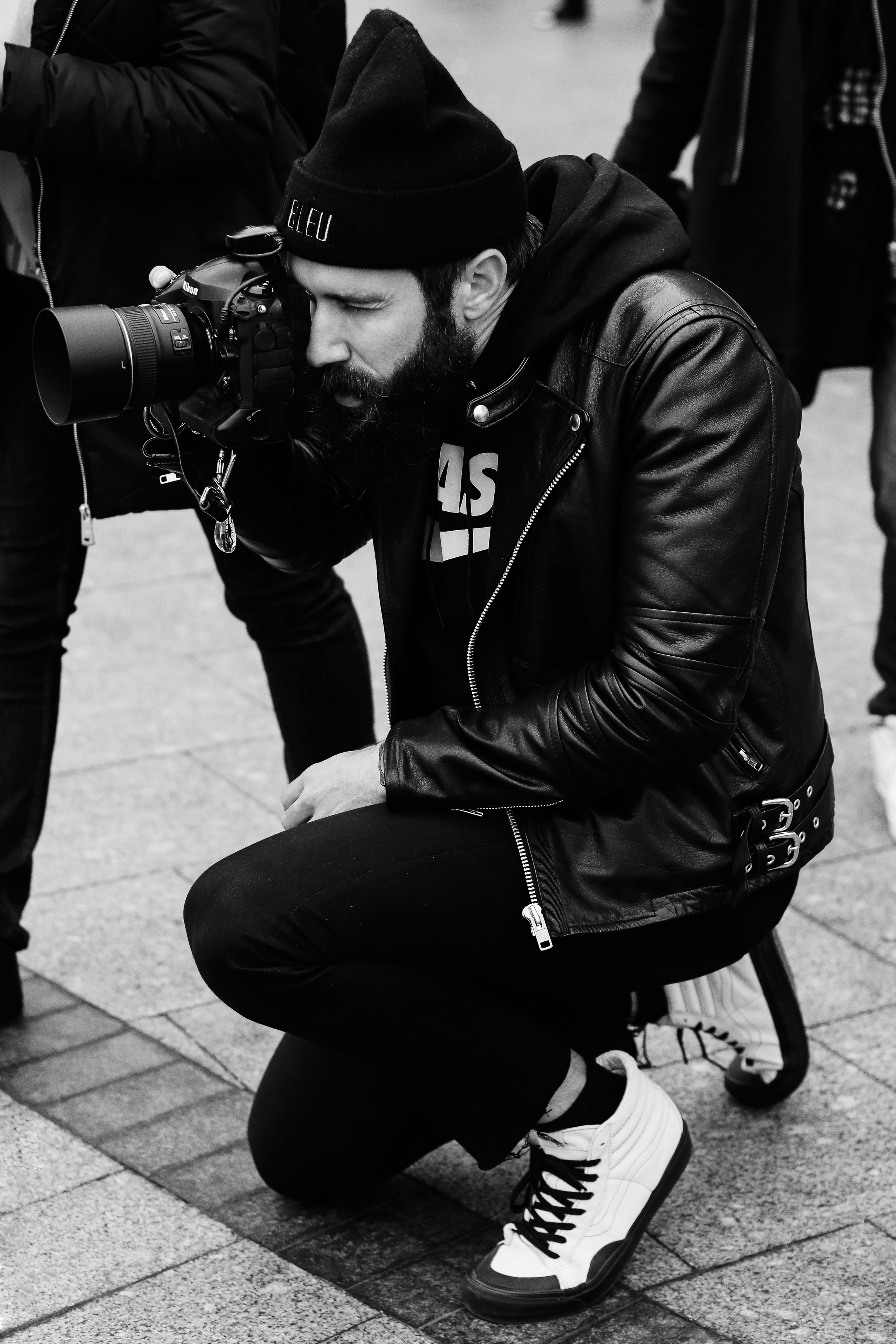 The world of fashion is toxic. Moreover, people often refer to it as a place, where you need connections or a prestigious genealogy with a loud surname. This is the most ironic place, where people with everything get anything for free and those, who deserve something are left outside. But our life on the Earth is a real fairy-tale, sometimes part of the injustice may be balanced by a real magic and talent. So, if you think that our hero was the alumni of a famous school or an heir of a famous surname, then you are totally wrong.

“I made minimum vague and was just carrying people’s bag, nothing glamorous”, – Adam remembers. When you look at this man with long black beard, up-to-date gadgets, powerful camera and “limited-edition” kicks, you cannot imagine him carrying bags in one of the Seattle’s hotel. Yes, that’s right the story of a man, who captures the most expensive clothing and attends the most glamorous events-fashion weeks, started as a simple doorman, who dreamed about managing a hotel one day. Adam tells that he thought to be a part of hosting for the rest of his life. However, everything changed, when the future photographer inherited a camera from his dad. He started to take pictures of his friends and people from the streets, kindling a passion for this work. When the hobby slowly started to turn into a real job, the artist still did his best at the hotel. He developed an easy and very right pattern, which became one of the reasons, why we know his name nowadays. So, every new thing needs a funding. In Adam’s situation the financial resource was his job with not a high salary. In order to increase his income and pay for all the travellings he decided to make tips not by being cheesy and pitiful, but by making people simply enjoy their stay and want to come back. Being nice and well-mannered means that the visitors will put a plus for the hotel, tell their friends about the hotel and handsome man, who carried their bags. By working out this scheme and applying it to everyday occasions Katz Sinding got an opportunity to travel.

Adam says that the way of travelling the fashion weeks is very difficult and expensive, but it’s worth it: “When you attend all these little fashion weeks, you get exclusive pictures, by which other people start to recognize you and they start to invite you to other fashion events”. One of the first organizations which “truly invited” Adam was Mercedes-Benz Fashion Days Kiev. They gave him a flight and a hotel to stay. Even though the fact that the dates of the trip were during Maidan, the street style photographer dared to go out and take the outstanding pictures. After this, the author of “This is not a F*cking Street Style book” was invited to Almaty (Daria Shapovalova, the founder of MBF Days Kiev, also took part in this event). This is how the chain reaction went. But such places sometimes lack in style. In comparison to Paris or New-York other Fashion Weeks seem not so stylish. It is also necessary to emphasize that in such places, where you can hunt for endless “food”, the competition inclines. “It’s just a boys club of people who want to be better than everybody else. It is such a waste of time”, – Adam comments. 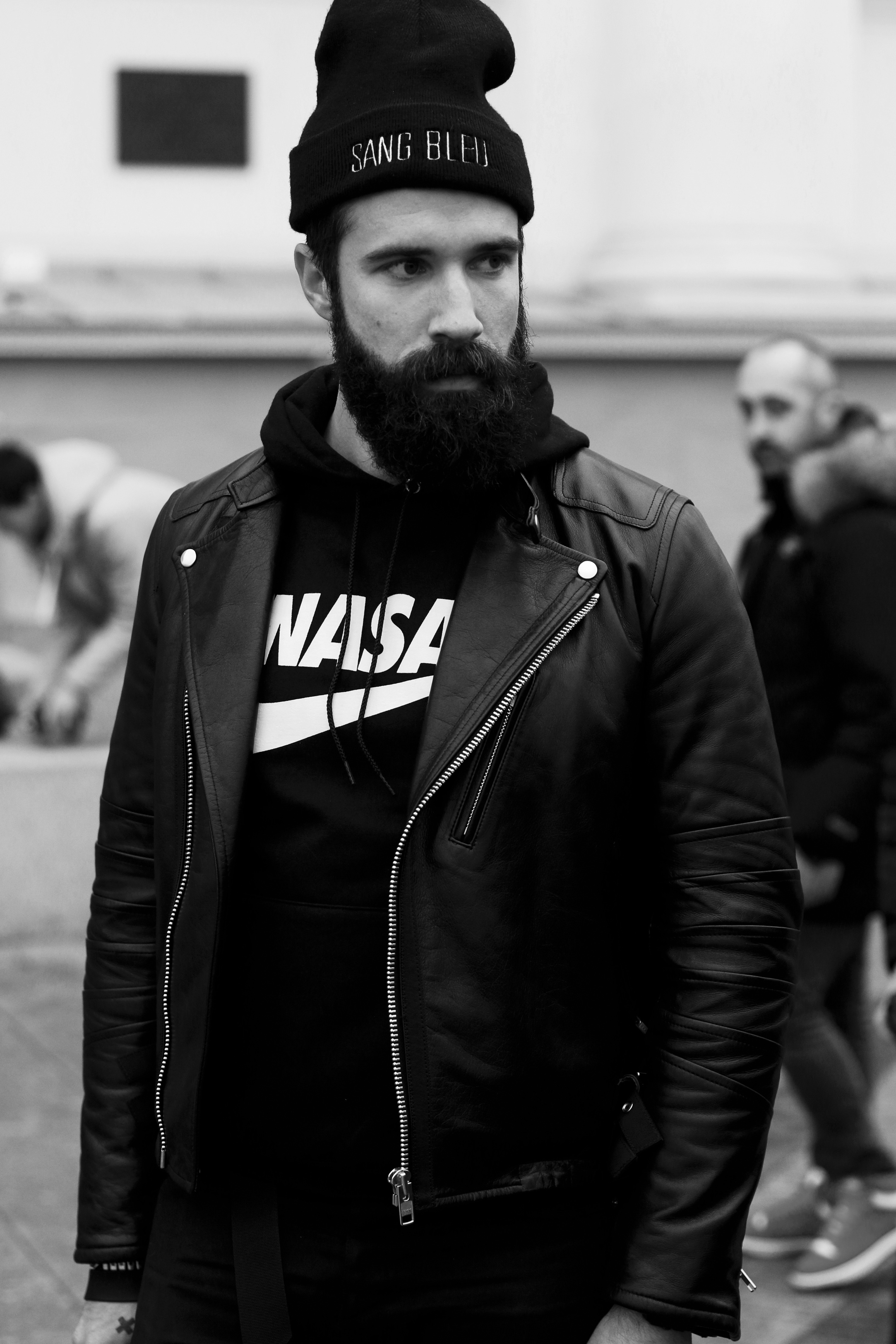 The competition raises up in people all their worst qualities. Some people change their behavior dramatically. By making few interesting photos and new important contacts they start to pretend to be the “hottest in the streets” (the same as Cardi B sings in “Bodak Yellow”). But the reality is that people with “no name” and devotion to their job are the ones who have the best exposition with the most sapid people in it. Adam shares opinion that there are very few people in the industry, who have no ego, and they possess better shots just simply because they think only about their photos and not the competition. Among our hero’s favorites are Søren Jepsen, Jonathan Daniel Pryce and Tommy Ton. By the way, Tommy was one of the people who lend a helping hand to Adam in London during the fashion week. He offered to share a car on the way to the airport, when the other photographer ran out of money. While speaking about the “race” between photographers, it is important to highlight the fact that the number of people who are supposed to be captured also grows rapidly.

“I always make a correlation of this situation with the eco-system. You have a forest with 1000 deer and 5 wolves. These wolves have so much food that they gonna consume all of the deer and eventually all the deer will die off. So, there will be so much wolves that they will start to die. Only then the deer can slowly come back”, – Adam says, and seems like competition doesn’t scary him.

It is a common phenomenon nowadays: people come to the fashion week not for the show but for the desire to become a new street style star (they are the wolves), whose photos will be probably posted on a well-known media, and then that person maybe will get a job offer. It is really sad that very few people understand the whole concept of street style. Generally, street style is the natural product of fashion shows. It is a real-life situation, where girls and boys run from one place to another and people with the cameras shoot that moments. Street style is not about the staged pictures, but sometimes the situations force to do so partly. In places like New-York and Moscow the artists have to stand for many hours outside with a camera in their hands. Unlike New-York, Moscow has this event called “Street Style Meet” – people from both sides of barricades gather for creating a new content at a certain hour and place. Adam consider this strange, because people are ready to pass the fashion show: “It’s sad that when the music turns on, there are still plenty of people outside, while what truly matters is inside”.

Some people attend only the street event with no further intention to watch the real shows, while others are captured randomly with a face full of passion for fashion. The second type of people will surely achieve something sooner than the others. This is resulted due to their passion. “If there is no passion then it is boring”,- Adam emphasizes subtly.

You cannot disagree with this fact. If you do not love something, you will be disappointed and unhappy all the time, on the other hand, when you do the thing you love, everything will act automatic. The life according to this “law” seems simple enough, but it is not. Photographers fight for their rights every day. Many big brands and world-famous influencers just underestimate the photographers’ job. They feel that taking someone else’s product (in this case it is a picture) and not paying for the work is fair. Thus, the whole movement #nofreephotos rises, and Adam was one of the establishers. Group’s “meeting” in Milan united 50 people, who stood in a circle. Among 50 people only one person was contacted by an influencer for a paid-job, all of the 49 photographers were left with nothing, unpaid. Besides all of these travel expenses and unconscious employer, the photographer also pays physically and materially for his attempts to leave a mark. But can these things hold someone back, when he feels passionate about the work? The answer is, obviously, no, they can’t. 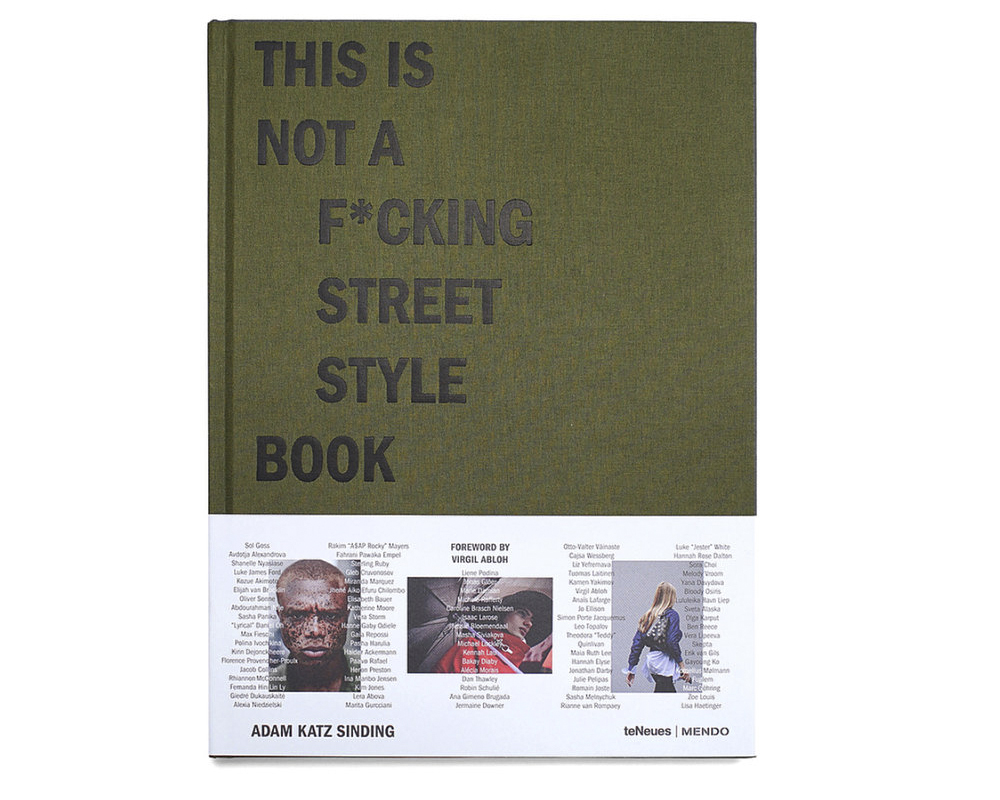 Adam tells that it took him two years to make a book full of his best signature works from different places around the world. It was a hard process of the selection of photos and flying from one city to another for greeting all that people, who care about the photography and want to save some “pieces of art”. “This is not a F*cking Street Style Book” tour is still continuing, Adam signs books within the framework of the fashion weeks and shoot fashionistas all the day on the streets. It is just impossible to imagine this crazy schedule.

By summarizing all the way that Adam has gone, it is simple to understand that we have to do the things we truly love. Without this nothing will bring seeds. “I do street style, because I love it. It is by loving and wanting for my personal purposes to take the best photo I can, I will hope that the work will come from that”, – notes Adam. This is the simplest and most powerful recipe for any kind of job in any kind of sphere. Love and dedication will be always praised. When you do your best at the most favorite job or hobby, you will be amazed by the number of lucky events, which will help you to go up to a new level of your finesses. Maybe the desired recognition for that work will come later, but it will be praised after all with honorary laurels, and once you could publish your own book like Adam did. 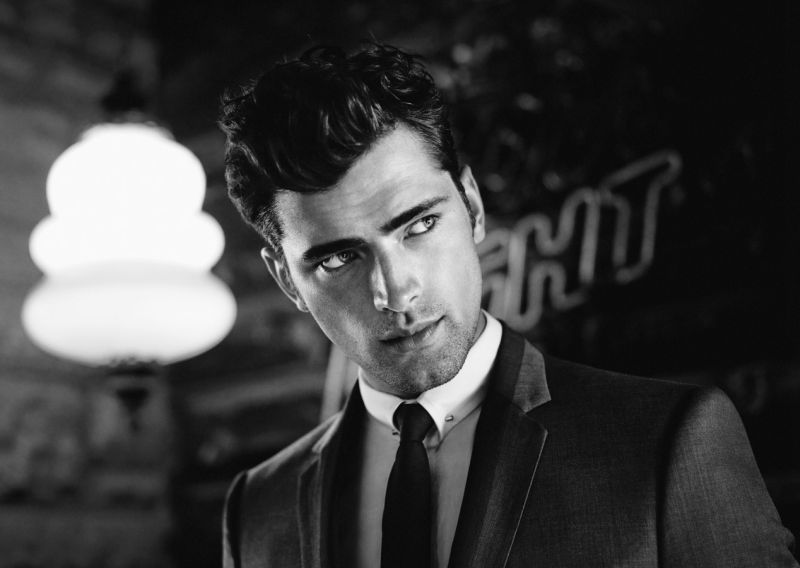